What Makes A Good Movie - Revisited! 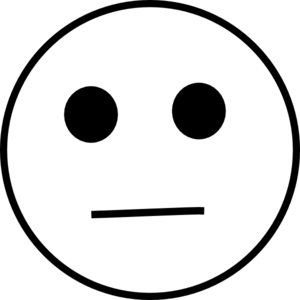 So, when I first posted this blog entry, my mom and I had been talking, a lot, about what makes a good movie:

For me, a good movie must be 'good' on the whole, otherwise we're talking about a particularly good element. If the movie is crap but the acting is great, then the movie had good acting, but isn't a 'good movie.' And I'm certainly not saying that I can't enjoy a movie that has 'good elements' - I just won't call it a 'good movie.'
The two biggest sticking points for me are usually story and acting, although I've also found that effects and production value are pretty close to the top of the list as well.

A good story goes a really long way. But what makes a story "good"?
There's a ton of theory on what every story needs to work (and I know I've written a bit about this before). Typically, all stories "must" (and I'm throwing that in quotes because there's always an exception to every rule!) go through this arc (in order to "work"):

So - assuming you have all that jazz covered in your story, it should be "good."

Or so you would think.

When I worked at the video store, I plowed through tons of 'chick flicks' and the stories are total formula; Textbook examples of the traditional story arc.

But the details are just bullshit; They are contrite and contrived and inane and predictable and not at all believable. They are fairy tales (which have their place, granted!)
These stories are 'touching' and 'heart-felt' and 'sentimental' and 'life-affirming' and totally un-real; The knight in shining armor, the happy ending, true love, people who get everything they ever wanted... bullshit. Total fantasy.

Despite the fact that I expect 'un-realistic' from, horror, fantasy, and sci-fi - and despite the fact that 'chick flicks' are 'fantasy' - I just can't cut them any slack. I think it's because they are fantasy masquerading as reality and the majority of people watching them are too stupid to know the difference.

So you toss in some unique twists, a couple of compelling characters, and hey! It's a winner, right?

Even the greatest, most artfully crafted story in the world can be ruined by crappy acting or terrible direction or low production value.

So, that brings us to the topic of acting.

Clearly, the success of a movie is heavily dependent on the acting ability of the cast. Regardless of what anyone may try to tell you, crappy acting can absolutely ruin a movie; if the audience doesn't "believe in" the characters, they can't become invested in the movie and thus lose focus and stop caring.

I've been thinking a lot about "good acting" VS "bad acting" and how one can really tell the two apart. Here's my working theory so far:

People use "body language" as something like 55% of communication (with tone making up another 38% and 7% in actual content) so gauging the quality of an actor (or actress) is a simple as turing the sound off on whatever you're watching. If you can turn off the sound and still "get" what's happening, they're pretty good at their job.

A really, really fun way to experiment with this is by watching a foreign movie without subtitles. I'd love to tell you about my experiences in college with this game but, they involve illicit drug use and aren't fit for polite company.

Anyway. Wrap up time.
As I started with, for me, a movie needs to be good in all areas to be considered good overall. This post brought to you by: my desire to rant about something nonsensical for a few moments.