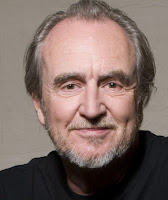 A child of the 80's and an avid horror fan, I feel almost obligated to have a soft-spot in my black heart for Wes Craven.

And I do. I really love some of his work; A Nightmare on Elm Street? One of my favorite horror movies. The Hills Have Eyes? Great (ridiculous!) movie. Last House on the Left? Terrific. Swamp Thing? I just adore it's campy, comic-booky quality. And today's focus, The Serpent and the Rainbow, which I think is his best movie.

As a kid, one of the greatest joys in life was going to the local video store (a thing some of you may never even have heard of - which is another rant for another time!) and looking at the covers in the horror section. As those of you who also enjoyed this know, one of the top criteria for picking a movie is the cover art; is it badass? Is there a great-looking creature? Is there blood? How cool is the font? Is there a half-naked, bloody chick? Etc. Etc. Etc.

To that end, my friends and I often over-looked Serpent and the Rainbow; dismissing the cover as, "too serious." We're not renting dramas here, folks! This ain't no Fright Night! But when we had exhausted the store's other offerings and finally watched the damn thing, we were rewarded with an awesome movie.

I also remember how it went out of print for many years and was nearly impossible to get your hands on. This actually worked in the movie's favor, deepening the mystique around it. Now that it's back on the market, I'm actually surprised how many "horror fans" I run into who have never seen it.

Before I go any further - there's two things I should write:
1. In case you don't know, The Serpent and the Rainbow is based on a non-fiction book.
2. The usual fair warning: Spoilers Ahead! 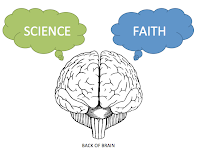 Is it really any surprise that a man raised in a religious household would be drawn to a story that pits science against religion? A story that is, shall we say, as old as science and religion themselves. A story that always ends poorly for the people involved. Which, of course, is born of the fact that humanity has been engaged in this debate for so long.

It's funny (right?) how we humans vacillate; we want to question everything but we're so scared to know the answers to our questions. Is the supernatural real? If it is, how do we quantify and control it? How do we make the "unknown" known?

Look at characters like Bill Pullman in Serpent - he's a man of science. He believes that ancient traditions from other cultures work because of something science-based, not because of the metaphysical, religious ceremonies surrounding it. He's happy to walk all over their devotion in order to leverage the science of what they are up to. And because we're scared to actually turn our backs on faith, these characters are always punished for their behavior. (Another great example of this is the Tales From the Crypt episode, "Abra Cadaver". )

That said, I do appreciate the fact that these stories aren't just warning us not to fuck with God, they are also warning us not to fuck with science. I mean, the overarching warning from Serpent and the Rainbow is really the same as that of Jurassic Park; when dabbling in something major (like cloning or "zombification") don't stop at asking yourself, "can I do this?" go all the way and ask, "should I do this?"

Zombies that I don't hate. Finally.

I know that I've previously alluded to this (or openly complained about it) but, it bears repeating: I'm so tired of zombies and our current cultural obsession with them.

What I haven't really dug into yet is how not-frightening I find zombies; lumbering rotting flesh sacks are down at the bottom of the list (next to killer dolls and ghosts) of things that cannot illicit a fear respons from me. Perhaps it's that they are (simply) impossible in the real world or perhaps my basic level of physical fitness keeps me from worrying about them. Whatever the root, I just can't muster any terror in the face of zombie fiction.

That said, Craven's voodoo zombies are significantly closer to hitting the terror scale for me. I think it's the real-ness that does me in. They aren't strictly "supernatural" and they aren't flesh-eating corpses. They are people who have had their faculties stolen from them, trapping them (like head-injury victims) within their own bodies.

Now that, is horrifying.

Is this Wes Craven's best film?

Now, that's not to say that there aren't some absurdly bad effects (cut them some slack, it WAS the 80's after all!) And it's not to say that some of the dialog isn't atrocious (because it is.) But while most of his movies are merely entertaining (Scream) this movie is actually terrifying.

From a torture scene sure to make any of your male friends cringe (if not outright cry!) to nightmarish hallucinations, to an unsettling soundtrack layered with human screams and tribal music, there are so many elements of this movie that raise the hairs on the back of your neck.

I feel like Serpent really hits some of the unsettling notes that Last House was able to hit while still being made within a (continually) disappointing and controlling movie system. Its almost independent film quality.

And there is something to that idea we had as kids that this movie is just slightly more "serious" than some other shlocky horror that we love; and that's not a bad thing.

How does Bill Pullman keep turning up in movies where he has trouble with reality. (Brain Dead 1990, Malice 1993, Lost Highway 1997, Lake Placid 1999 - haha. That one's a joke.) It's like that man is drawn to roles where he's basically playing, "that guy who took too much acid at the party."

Seriously, though! I don't think Pullman gets enough credit for being a solidly good actor. He's not great - but he's very, very, consistently good. And that's more than I can say for a lot of other actors.
(Kristen Stewart, anyone?)

Serpent and the Rainbow is, not only, a great movie but one of my favorites. If you haven't had a chance to see it (or haven't seen it in years) check it out. It's currently available for streaming on Netflix.


You can watch The Serpent and the Rainbow trailer here: