American Mary: Subtlety in the Extreme 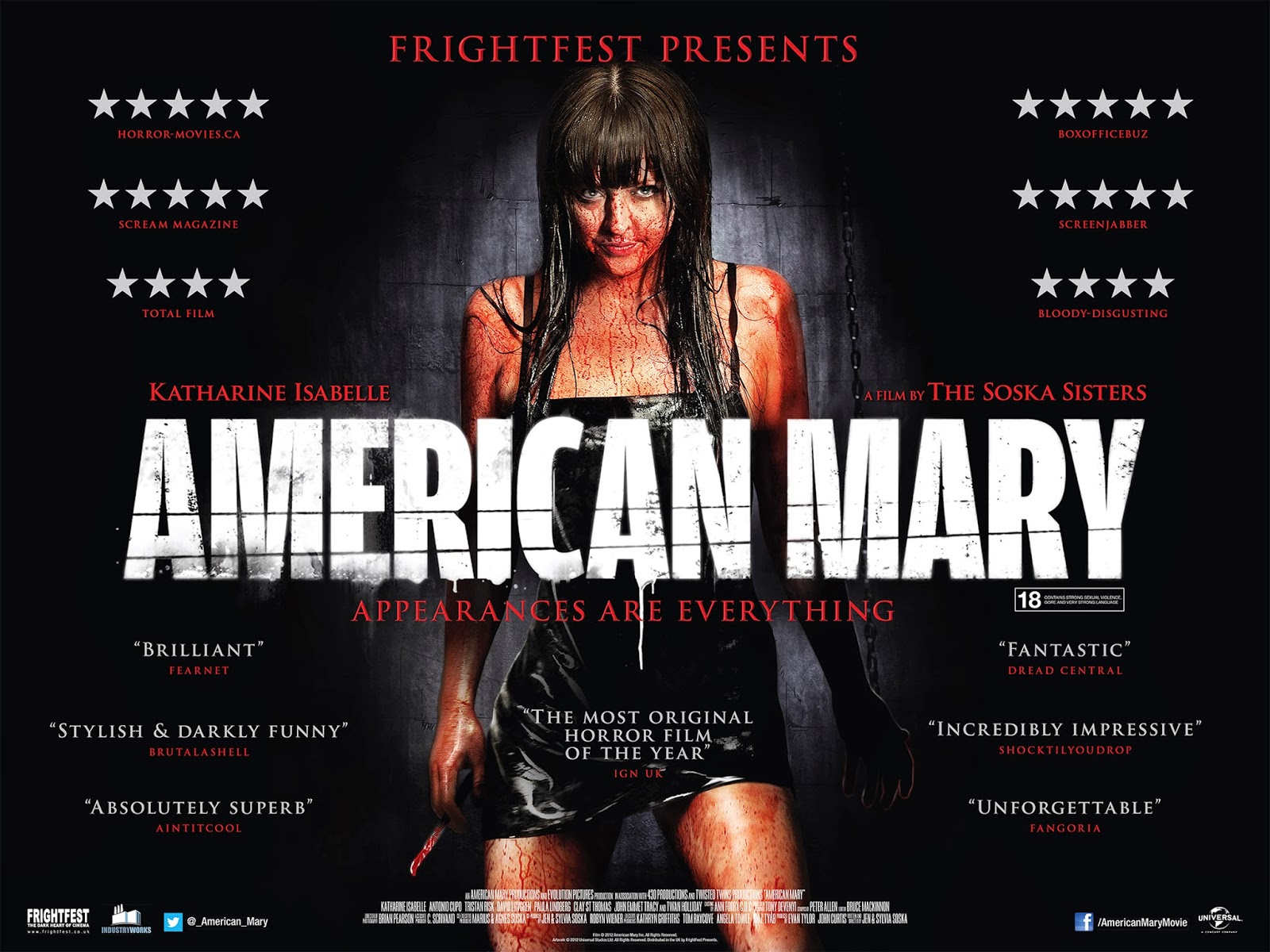 Despite the seeming popularity of American Mary, I remain - overall - remarkably unimpressed. I've actually watched this movie twice now and I'm still not feeling the surge of excitement that others seem to feel for it.

That's not to say that I hated it - far from it. I just don't get the gobs and gobs of praise people seem to be hurling at it. I mean, whomever said, "most original horror film..." clearly needs a refresher course on the horror genre. (The "big reveal" is nearly the exact same "reveal" as "Audition." In fact, if you didn't immediately feel like you were watching a re-made or ripped of Japanese horror flick within moments of American Mary's start, you need to turn in your horror-nerd card.)

Katharine Isabelle (of Ginger Snaps fame) stars as her charmingly sardonic (self?) in the tale of a blossoming med student who is raped and then seeks revenge. "That's original", said "I Spit on Your Grave." Subplot: she befriends a womanizing strip-club owner who becomes her partner in crime AND quietly falls in love with her. Wait. Additional subplot: she also becomes a sought-after, underground, plastic surgeon specializing in "extreme body modification.

Some things that were really bad:

Just like Strangeland, this movie handled "taboo" or "underground" sexuality and body modification in a way that vanilla, white-bread, generic human beings might needed imagine it to be. It was the lowest common denominator version of subversive material.  Members of any modification community will be (literally) insulted by what a joke this movie makes them out to be.

The plot was, truly, an abbreviated J Horror plot that was significantly diminished by not taking the full time a true J Horror piece would to flesh out all the nuances that (added together) create the impact of the "big reveal."

Some things that were pretty good:

The scenes where she's practicing sewing up chickens are nothing short of beautiful.

There are some beautifully graphic scenes that peak with an absolute emotional snap. Isabell's greatest moment (when she kills the rent-a-cop) is amazing ("And completely original," said The Hills Have Eyes.").

Alright - quick wrap up: not the worst movie I've ever sat through but certainly not worth the endless worship the horror community seems to think it deserves.