June 04, 2014
Have you guys missed my direct to video picks? I let them die off a while back but thought I'd try to resurrect them for the summer. I also thought I'd try something a bit different and combine two of my previous endeavors into one: direct to video picks and made for TV horror. With that, I give you a sampling of Stephen King stories brought to life for the small screen. 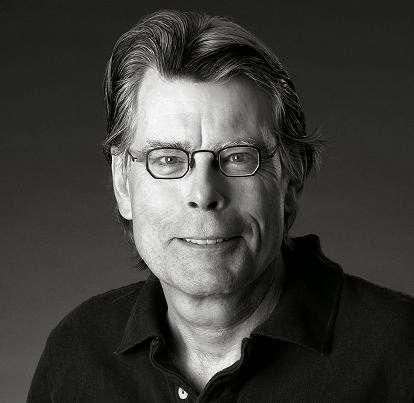 Now, you're probably wondering if I'm going to compare these film versions to the original books and I have to confess that I'm not - mostly because I'm not a huge fan of Stephen King as an author so I actually haven't read all of these. To be more precise, I've hardly read any of them!

I'm also not as "qualified" to write about literature as I am movies and so I'll leave that task to others more skilled than myself.

I do invite any King fans out there to share your thoughts and feelings on how these stories were translated into movies. (Successfully? Faithfully? Terribly?!) And, of course, let me know of others you've liked better!

Before we get into the individual movies for this month, let's talk a bit about made for TV movies. There's something laughably pathetic about made for TV movies; generally produced with fairly small budgets,  "second-rate" directors, "B-list" or "has-been" actors, and written by people who are better equipped to pen shorter stories, made for TV fare is typically inferior to big-screen offerings.

Made for TV movies have this way of always looking cheap and rushed and slapped together. I feel like the worst part of any made for TV movie is really the acting. I don't know if it's because they are full of b-list actors or if the tiny budgets mean shorter production schedules which mean fewer takes, etc.

I also feel like there is definitely a different mindset to creating a movie that will only ever be viewed on a small screen VS something to be viewed in a theatre, with a huge sound-system, etc. and while that shouldn't effect the quality of the movie, it certainly seems to.

In the case of this month's picks, you may be inclined to believe that the source material would help improve the quality of the movies. If that's the case, you can stop believing that now.

And on that note, here are my movie picks for this month.

The $.25 version: boy witnesses the murder of his brother and subsequent death of the killers. Later in life, the killers' ghosts come back to haunt him. Bad things happen.

Without doing any reading or research on Stephen King's life, I can only imagine that he had a terrible childhood. His movies are filled with awful childhood secrets, accidents, catastrophes, etc. Evil kids. Murderous kids. Drownings. Abuse. You name it, it's here in his stuff.

It is also possible that he's simply one of the more honest authors out there, allowing the children of his stories to experience the often terribly adult situations they're likely to encounter.

Oh and children are assholes.

So, if we scrap all the details, what does this movie tell us? The mistakes of our past will come back to haunt us until we make amends or maybe, each of us has a childhood secret that shaped us into the adults we are and even if the secret is something terrible, we can still become functional people. Better yet, the message may be that our loved ones will always be with us, even after they die.

Yup. I'm sure it's one of those things.

Truly not the worst movie ever to hit the small screen but also not worth more than a single viewing; I can confidently write this having seen it at least twice in my life.

And. For some unexplainable reason, someone, somewhere thought this movie was good enough to spin off two sequels.

The $.25 version: something about airplanes and time travel and, uh, human interactions? And then there are... monsters? Things. Something. (This is a great example of terrible special effects, by the way.)

This has always been one of my least favorites of the billion (perhaps this is a slight exaggeration) made-for-TV pieces Steven King has produced over the years.

So you may be asking me why it's landed on my suggestion list and I'll be honest here when I write, it's better than some of the crap shows that are made for TV. (Warehouse 13? Fuck that show and it's popularity. It's just a ripped off, poor man's version of Friday the 13th the Series.)

Super, major bonus today, guys: you can watch the FULL MOVIE right here on my blog!

The $.25 version: thanks to science, the world has been devastated by some sort of plague. Not surprisingly, some lucky (?) folks are immune to this plague and must face other apocalyptic challenges. The battle between good and evil? You've got it.

I have little statistical data (and don't really care enough to gather any) to verify this but I'm fairly certain that The Stand is the best of King's TV epics. It's certainly the one I've seen (and enjoyed) the most.

And it's the one that holds up the best over time; the effects aren't terrible and the acting is pretty good and the cast was famous enough at the time to stay relevant well past it's creation date.

It's also one of the few books of his that I've actually read and, after tackling the "re-issued" edition with about 10 million pages put back in, I've got to say, I truly appreciate the TV version.

The $.25 version: something about aliens and glowing rocks and sex. Wait. Did I miss anything?

Starring everyone's favorite model-turned-actress-perpetually-kicking-ass-on-TV Marg Helgenberger as a bored housewife turned nympho by alien intervention - or something to that effect.

Maybe that's just what I wanted to happen... maybe she really turns into a gadget-building, Type-A maniac.


You can watch the trailer here:

Bag of Bones - a rip off of In Dreams, which was originally a book, too.
Rose Red - a rip off of House of Leaves, a book I could never finish and never "got" why people love.