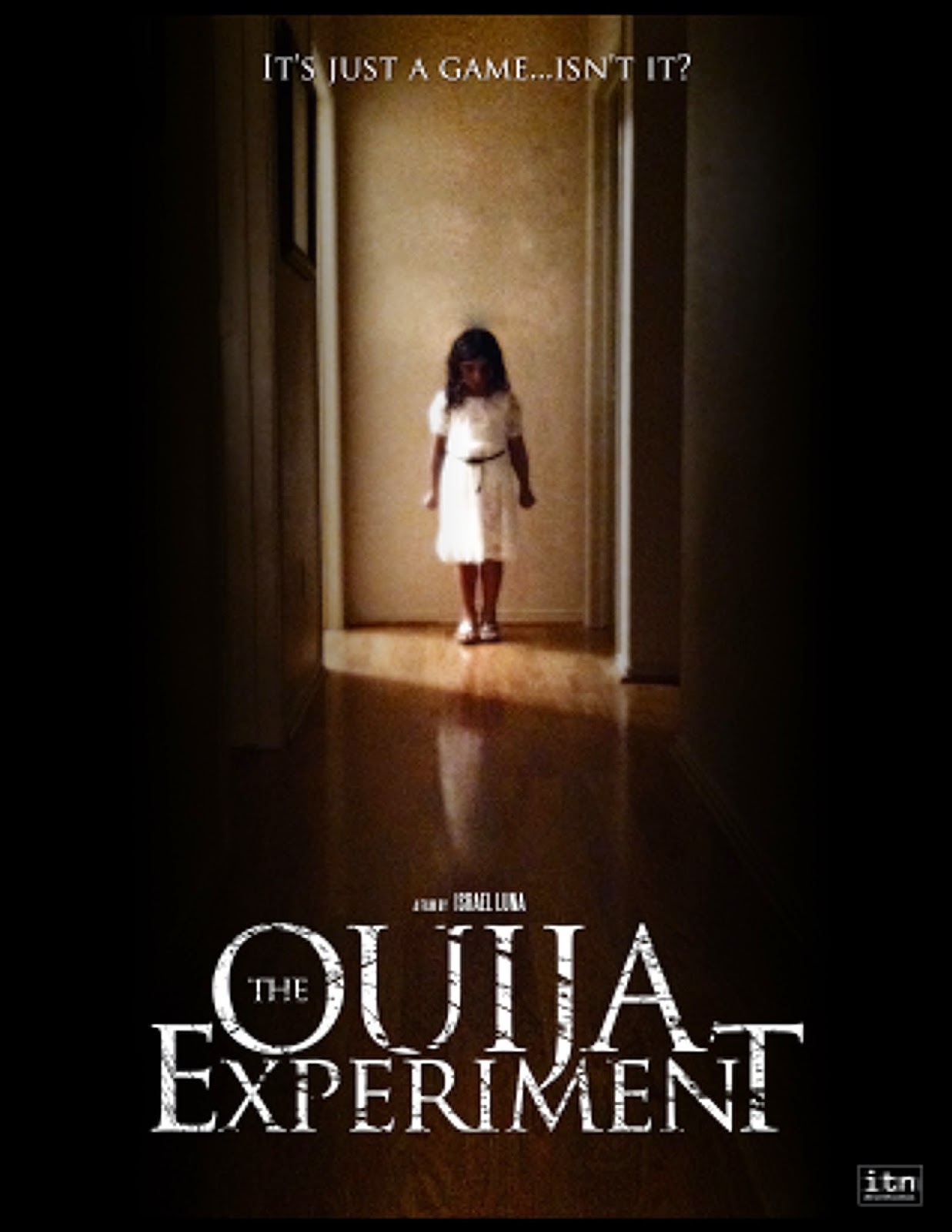 After the completely predictable failure of Battleship, someone still thought, "Hey! Let's make another movie based on a board game!" Enter Ouija. Unsurprisingly, this movie was also a flop. This financial failure was not great enough to keep some idiots from banging out a cheap, imitation they hoped would ride Ouija's coattails to success. Yet another brilliant idea. Or not. This brings us to my most recent wasted night on the couch with The Ouija Experiment.

Here's the gist:
For an unknown reason, a film student from NYC goes to Dallas with an Asian girl (who may be an escort or a hooker or a porn star) to film a "mysterious" event she won't tell him anything about. There's no explanation for how these two met and no obvious reason he'd want to film said event. Turns out, she's not an escort and the "event" she's taking him to is a "surprise" the boyfriend's best friend has set up. We will come to find out that even she doesn't know what the event is, making it even more unclear why this filmmaker is interested in traveling a few thousand miles to film it. The group decides to use a ouija board and eventually "let's out" some evil spirits. Thankfully, people die.

The Ouija Experiment is ludicrously bad; definitely some of the worst acting I've ever seen on top of some of the worst writing in the history of the world. Give you an example? Alright. The characters in the movie are supposed to be best friends with a long history, when someone tells one of them that the whole central "mystery" of the movie is tied to a specific street address, she doesn't realize it's her friend's home address.

I may be getting soft in my old age but, I don't even have enough hate in my heart to write anything else nasty about this worthless movie.

Sit through The Ouija Experiment trailer here and save yourself the immense suffering of watching the actual movie: